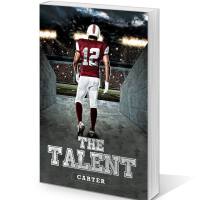 After being recruited to play for one of the nation’s top universities, a talented quarterback starts to party and soon becomes addicted to cocaine. When he’s eventually expelled, with both his career and his relationships on the line, a discovery about his deceased father’s identity suddenly changes his course and helps him begin the process of reclaiming his career.

An endearing story of companionship turns violent when a loyal and loving Boxer named “Jack” contracts rabies and terrorizes two young teens, who now must fight for their survival.

Two dogs follow their dreams of being a police officer & a show dog. Rocky goes through the police academy & Molly through beauty school. Once childhood friends, the two buddies reconnect when Molly gets dognapped because of her beauty & congeniality. Rocky & his police squad must save his friend, so she can fulfill her dream of winning THE DOG SHOW.